When large format end pivoting louvres are required, either the double or triple glazed MP2 system or the single glazed LF550 provide the perfect solution. 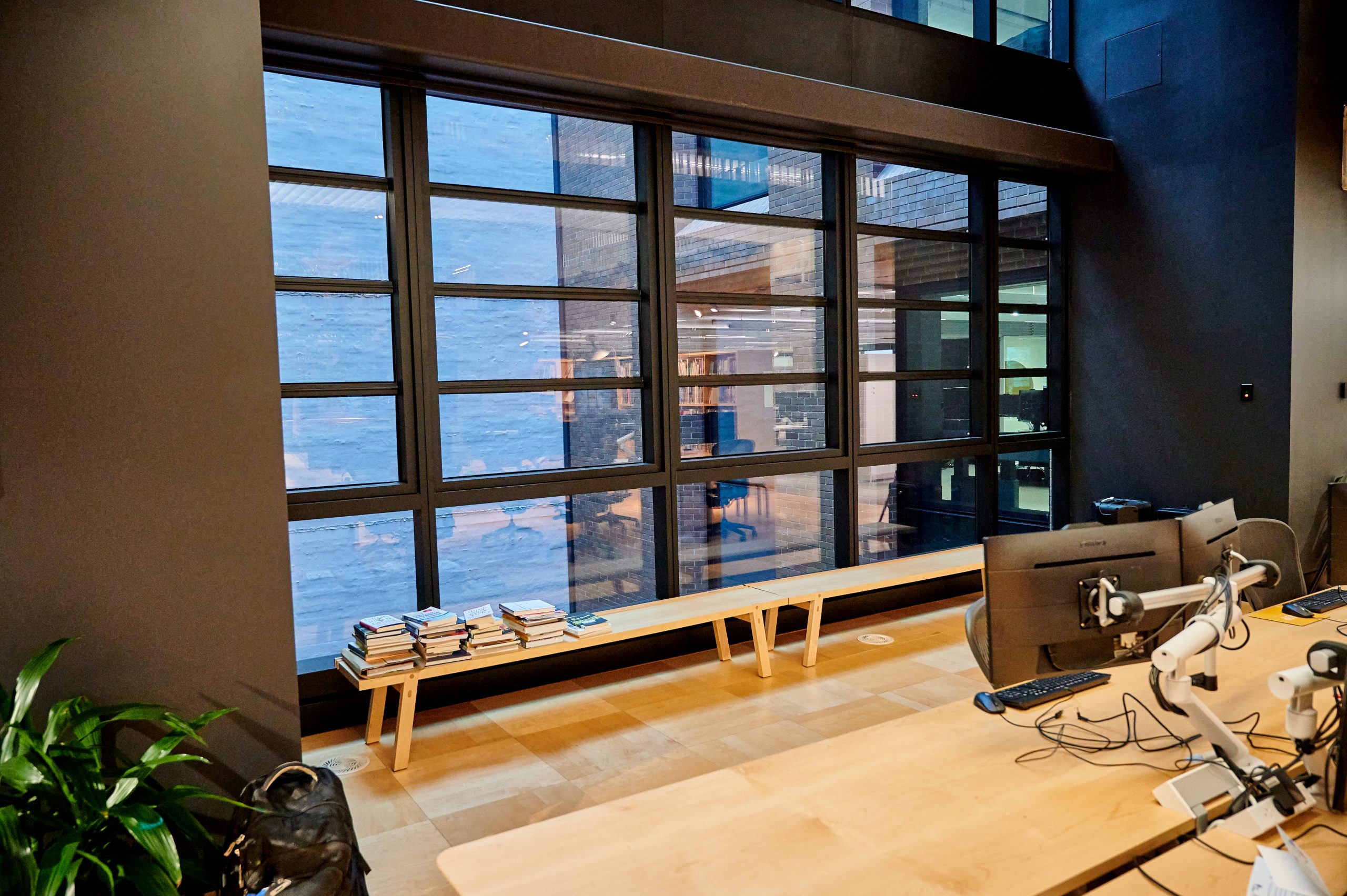 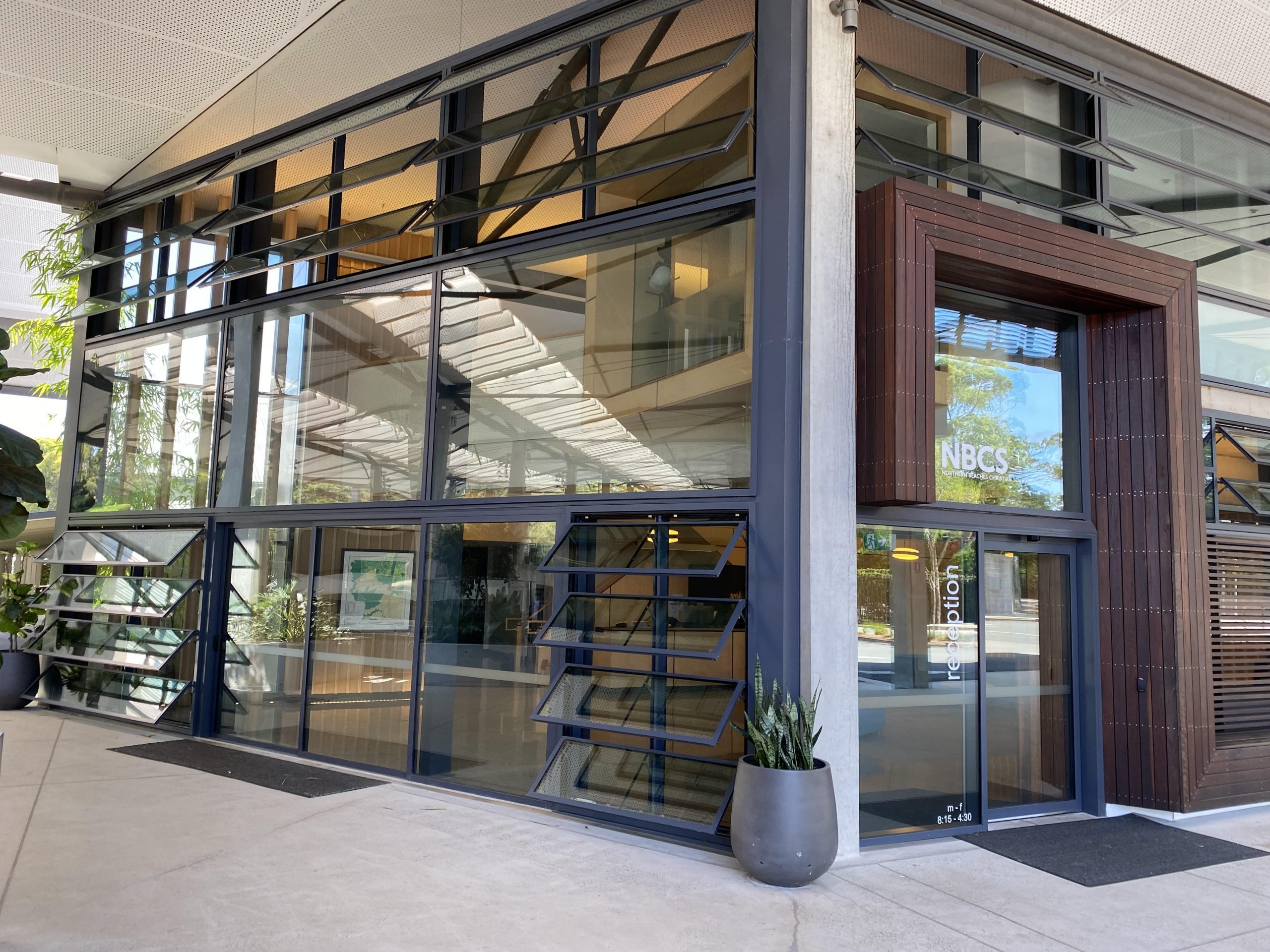 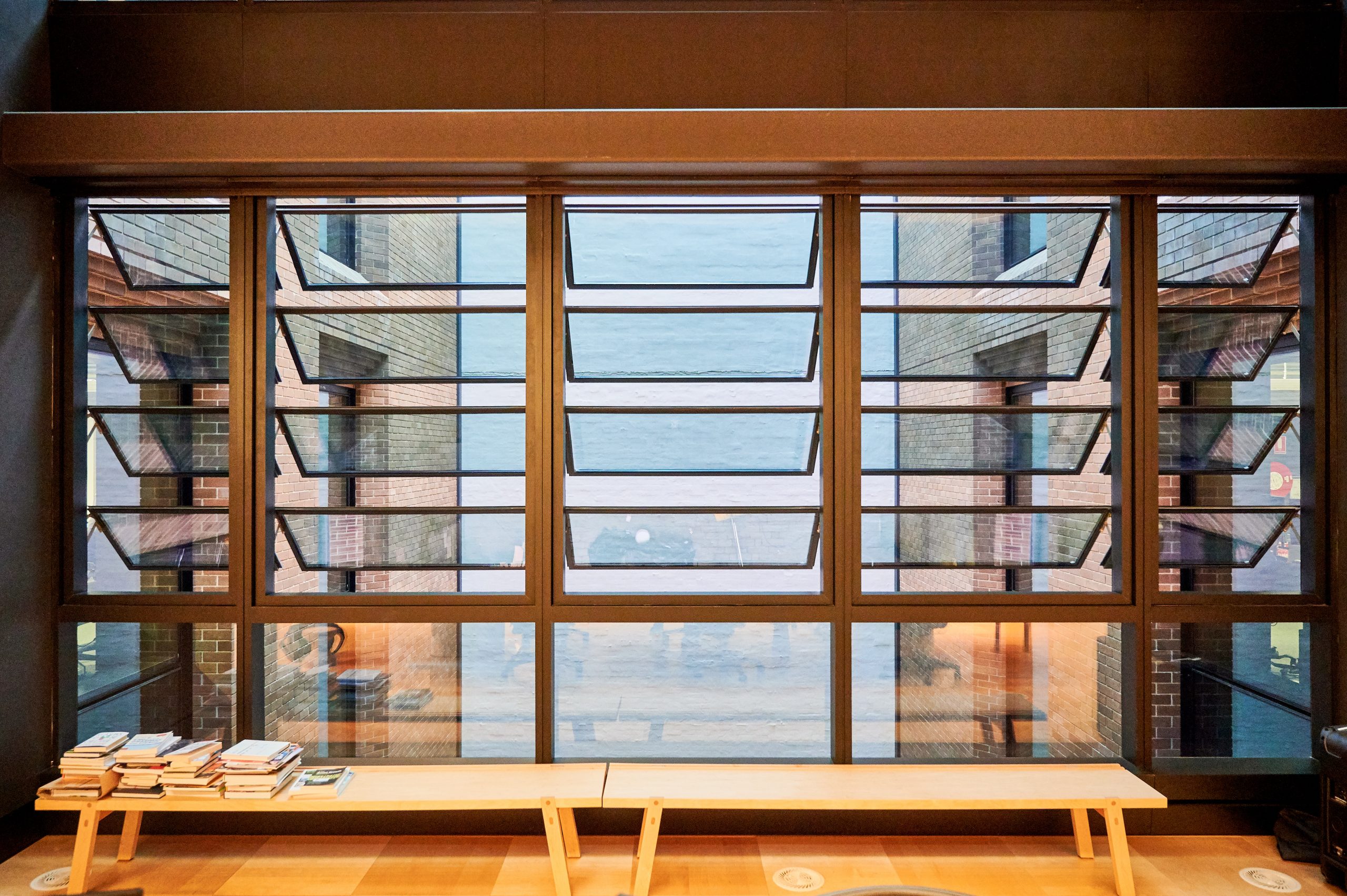 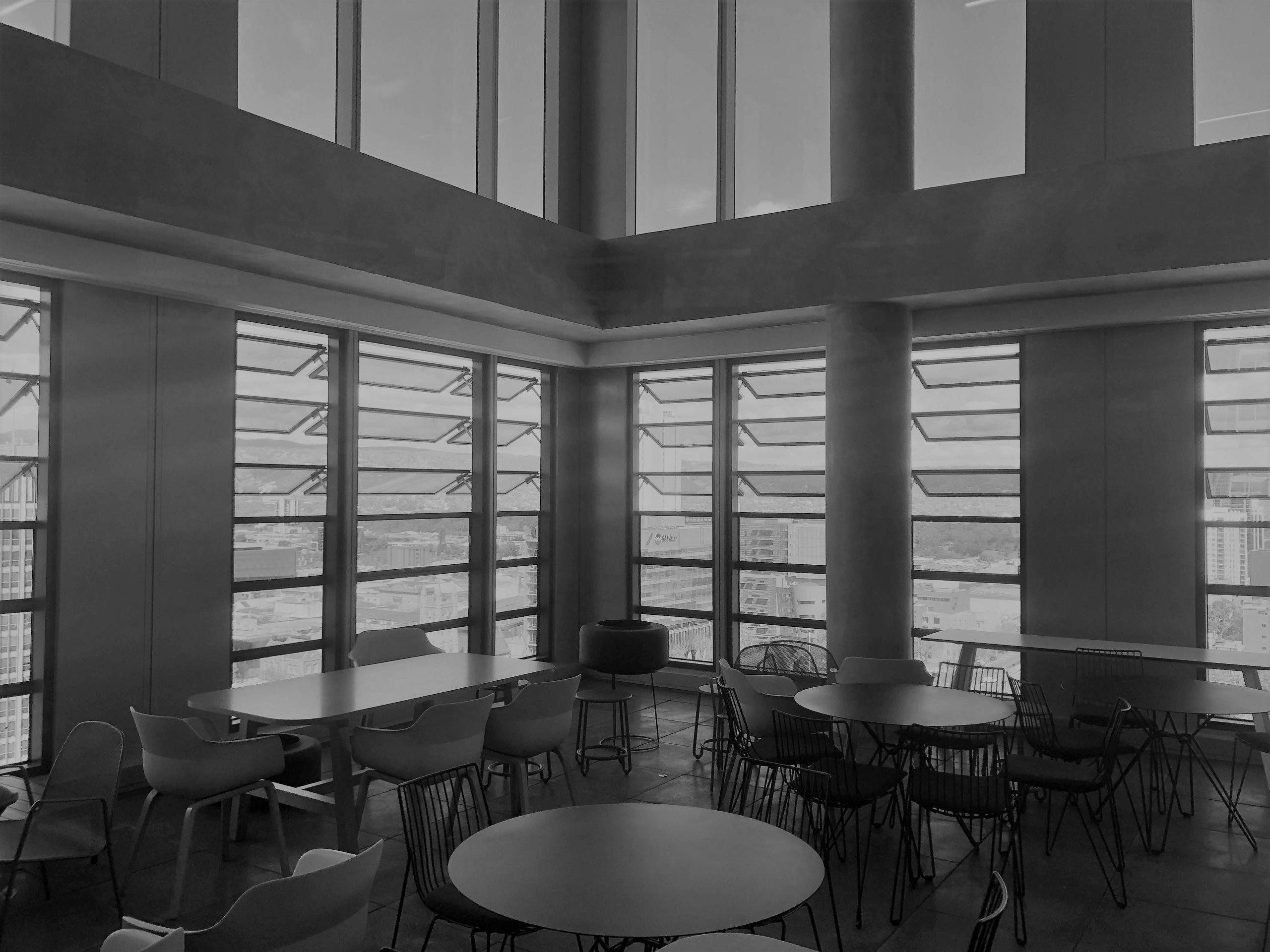 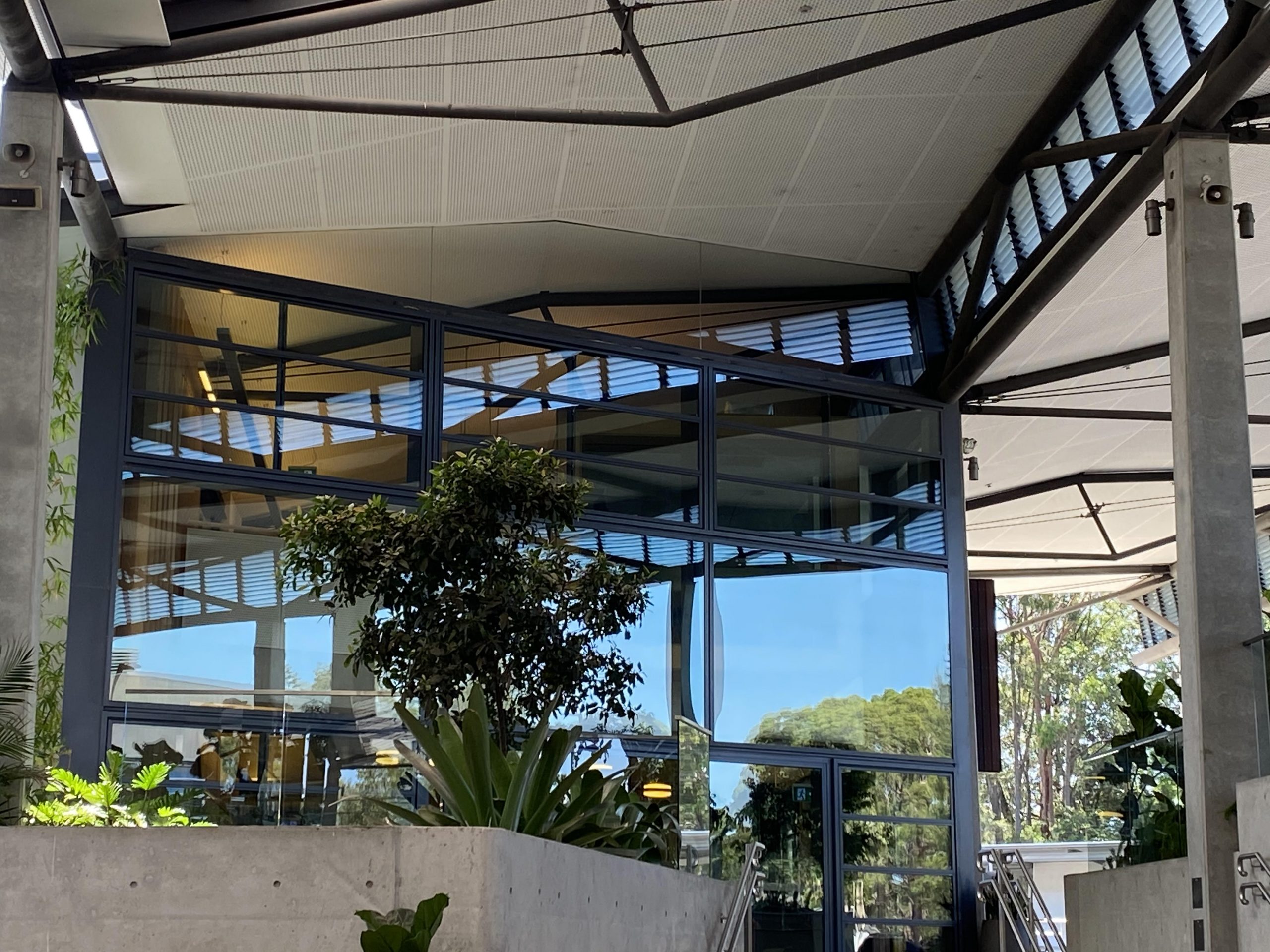 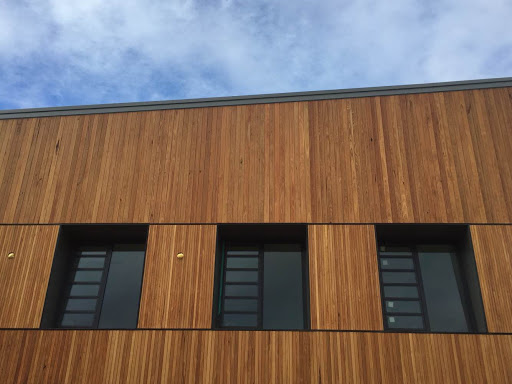 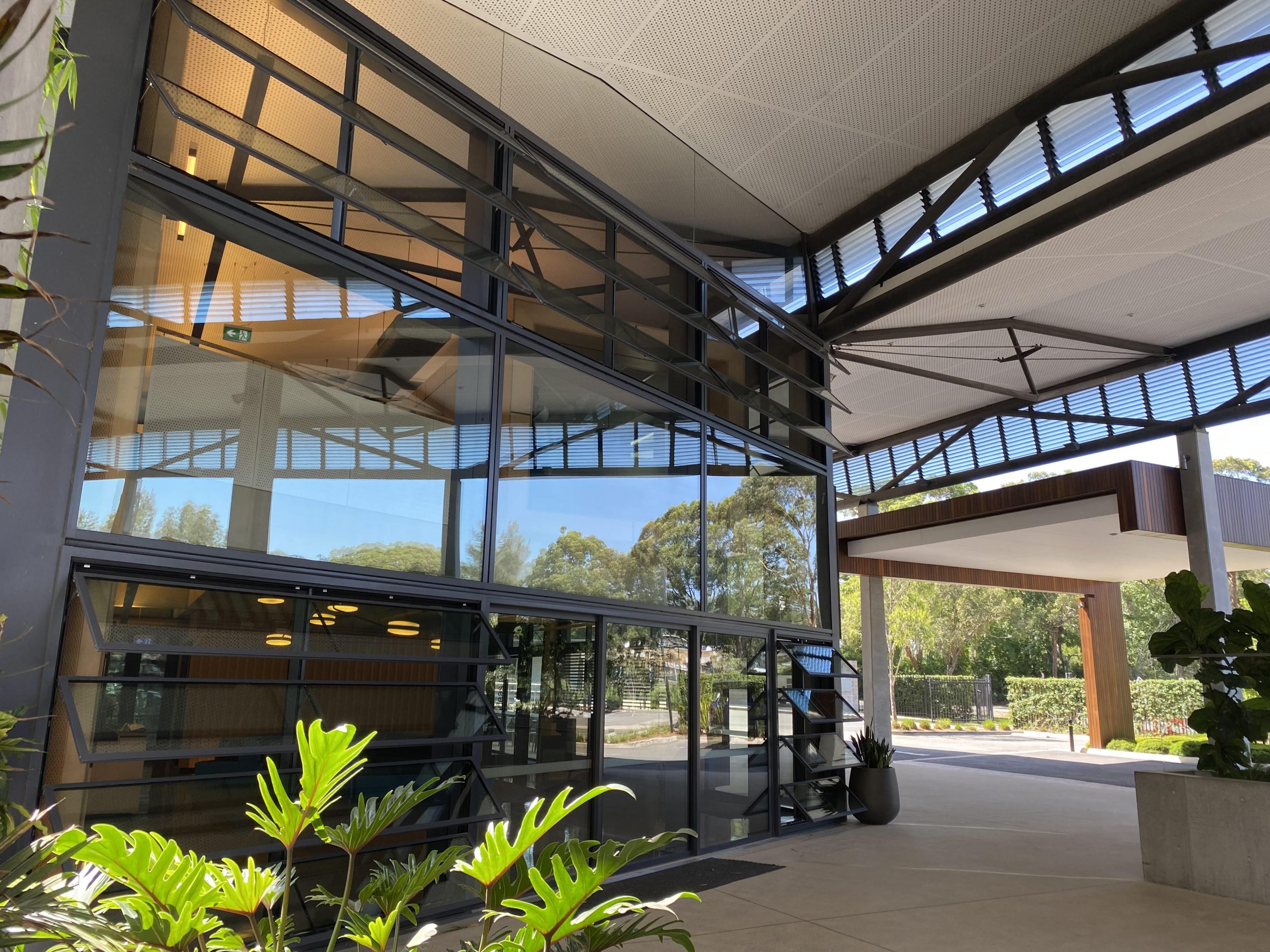 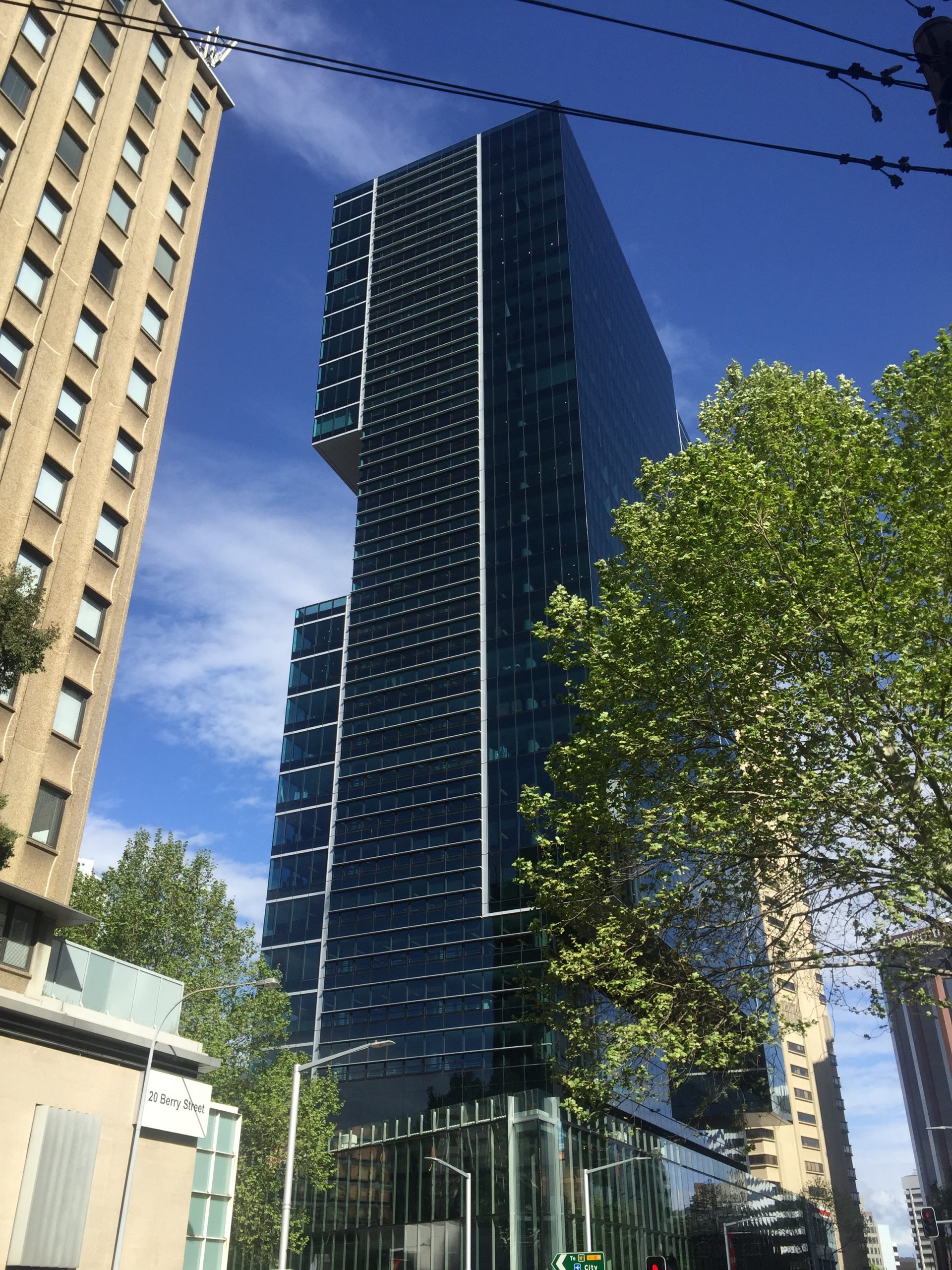 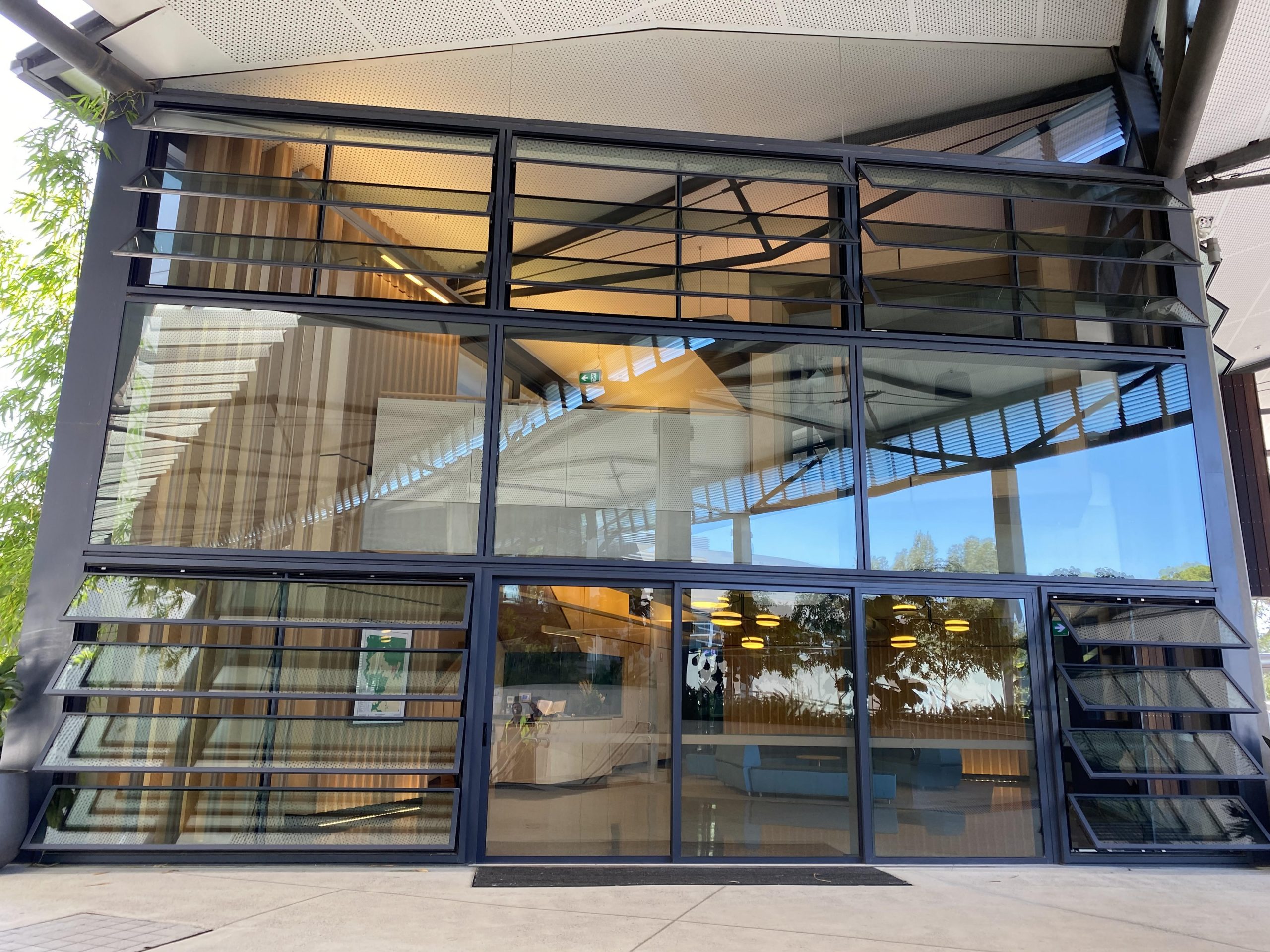 The MP2 is a thermally broken large format end pivoting louvre and is available in both a framed or frameless version.

The mp2 louvre was introduced to the Australian market in 2012 at a time when the industry focus was on single glazing. Subsequent updates to the National Construction Code (NCC) have pushed the thermal performance requirements of commercial buildings and as a result made the mp2 louvre the product of choice on many landmark projects.

Available in two versions, the mp2 can either be structurally glazed with stepped IGU blades for a frameless glass louvre look, or it can accommodate traditional IGU’s into a thermally broken fully framed blade holder.

Either system can be configured to accept either double or triple glazed insulated glass units (IGU’s).

Where wider spans are desirable the mp2 system can incorporate a blind intermediate mullion which will allow continuous spans beyond those detailed in the performance table.

The MP2 has undergone a number of project specific tests at a NATA certified test facility in Sydney, achieving some incredible results along the way including:

Quite simply the MP2 is unlike any other louvre system you are likely to have encountered, it is a true example of German engineering at its best. 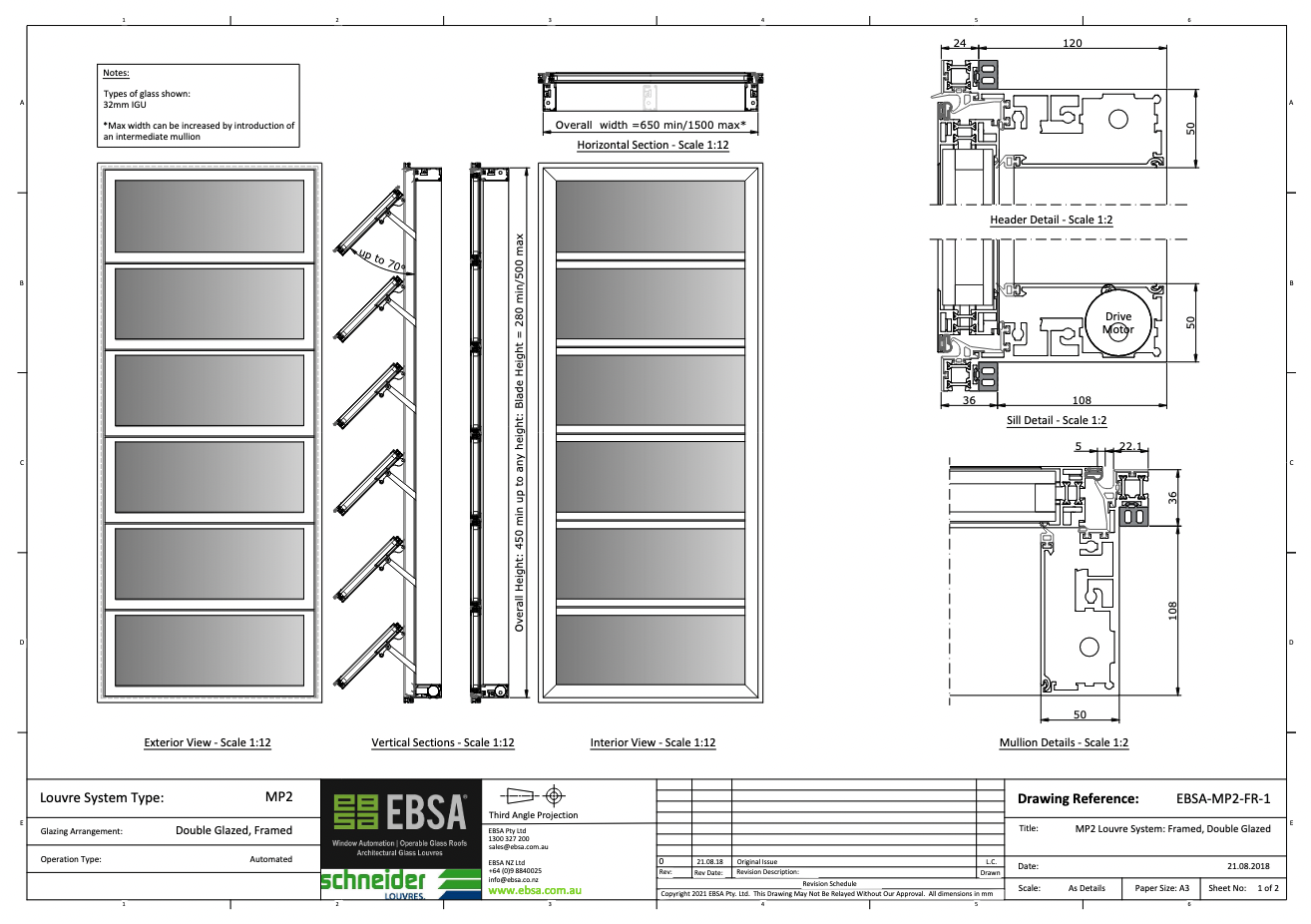 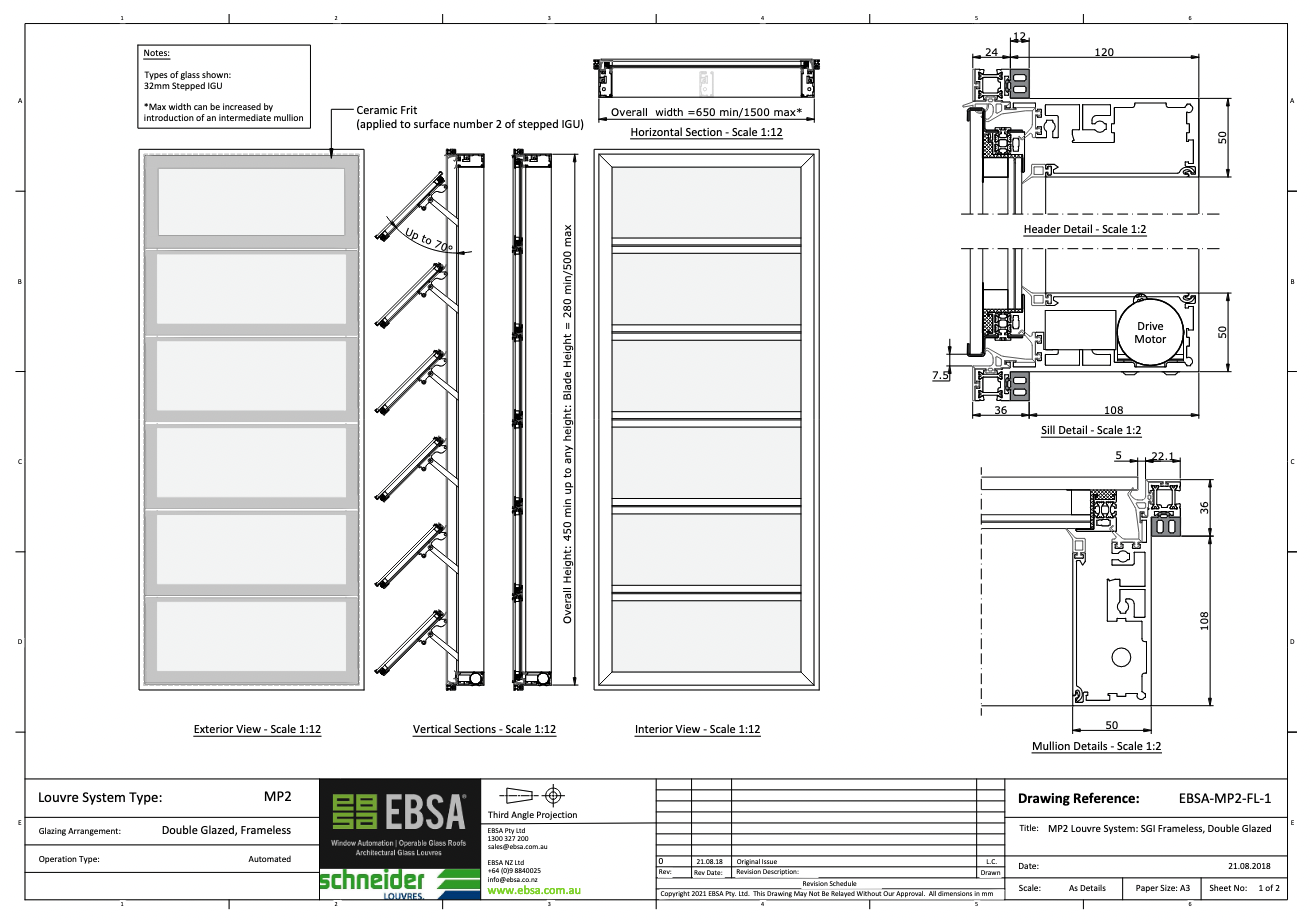 Talk to us today.

Our products are very specialised and we recommend that you contact our technical sales team before specifying any louvre system.

We will be able to assist you with product selection and provide advice on other elements such as automation and integration for natural ventilation and smoke relief. 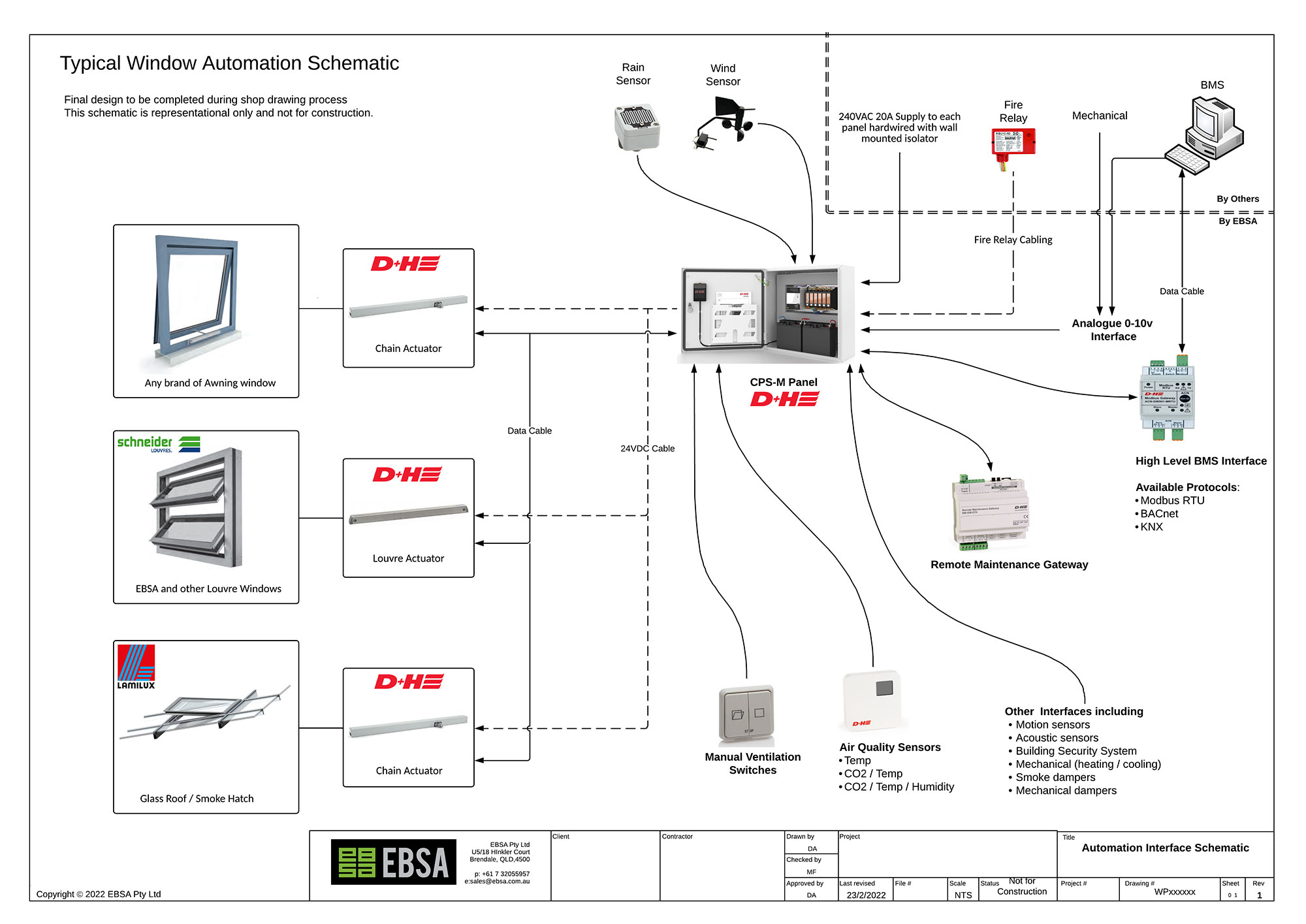